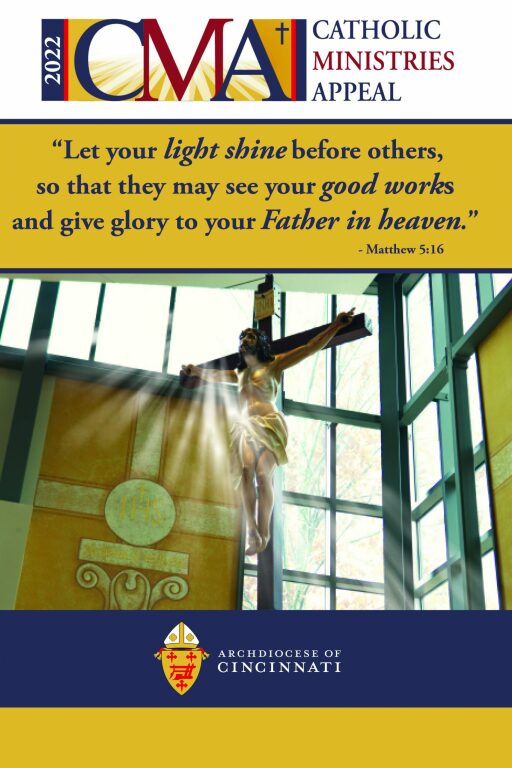 We thank you for continuing to financially support our parishes! Links to donate on-line to each parish are below if this is your preferred method of giving!

Saint Angela Merici’s story:  Angela Merici has the double distinction of founding the first of what are now called “secular institutes” and the first teaching order of women in the Church.

Born in Desenzano, Italy, she was orphaned in her teens. As  a young woman, with her heart centered on Christ, Angela joined the Third Order of St. Francis and embraced austerity. In a visionary experience, she felt called to found a “company” of women.

Angela was invited to become a live-in companion for a widow in the nearby town of Brescia. There she became the spiritual advisor of a group of men and women with ideals of spiritual renewal and service to those in need. While on a pilgrimage to the Holy Land in 1524, Angela was struck with blindness. She proceeded to visit the sacred shrines, seeing them with her spirit. On the way back while praying before a crucifix, Angela's sight was restored.

At age 60, Angela and 12 other women began the Company of St. Ursula, named for a patroness of medieval universities and venerated as a leader of women. This constituted a new way of life: single women consecrated to Christ and living in the world rather than in a monastery. With Angela as their "mother and mistress," Company members did not live in community, wore no special clothing, and made no formal vows.

Angela Merici died in Brescia, Italy, in 1540. Clothed in the habit of a Franciscan tertiary, her body was interred in Brescia's Church of Saint' Afra. Four years later the Company's Rule that Angela had composed, prescribing the practices of chastity, poverty and obedience, was approved by the pope.

In the early 1600s, Companies that had expanded into France were re-organized into the religious Order of St. Ursula, to teach girls. Angela’s words continue to inspire the Ursuline nuns’ mission of education, a mission that spread worldwide. The Company of St. Ursula also continued to exist and is federated worldwide today with members in 30 countries. Angela Merici was canonized by Pope Pius VII in 1807.

Reflection: As with so many saints, history is mostly concerned with their activities. But deep Christian faith and love sustain one whose courage lasts a lifetime, and who can take bold new steps when human need demands.

Saint Angela Merici is a Patron Saint of: Educators/Teachers. (www.franciscanmedia.org/)

Pastoral Region Information for you:

Are You Still Working?

Your session will expire in 60 seconds.

Your session has expired

Your time to complete the form has expired due to inactivity. Please click the button below or refresh the page with your browser and try again.